Back! Lord of the Skies: Aurelio must PAY in Season 6.

Aurelio Casillas thinks he’s going into retirement after years of being a lethal drug lord but it’s not happening for him in Lord of the Skies 6.

The series returns to Telemundo on Monday, 16 March at 23h00 and it’s a season of retribution.

Rafael Amaya reprises his role as Aurelio, who decides he wants to retire.

He’s recovered his lost fortune and now he wants to spend it on-the-chill but his victims won’t allow it.

He becomes prey to the mourners of all those he destroyed, betrayed and manipulated. His family turn on him too.

But they’re small-fry in contrast with his other enemies who are even more determined and crazed with a need to get him. 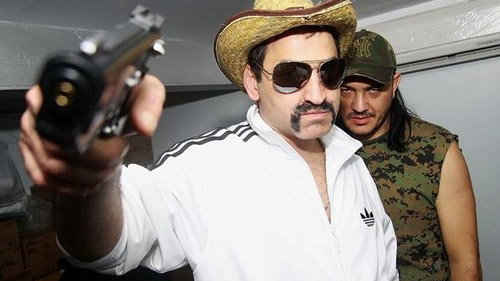 El Cabo has a long-standing feud with Aurelio and creates havoc to take over his business. He wants to see Aurelio and his family D.E.A.D.

Enemy No 2: The Mexican authorities, who are going to work together with the DEA on a savage manhunt to capture and extradite Aurelio so he can be processed in the American justice system to pay for his crimes.

The questions that echo through the season…

Will Aurelio die at the hands of his enemies?

Is his time on earth over?

Do you also want to see him dead?