Here is all you need to know about Altovise Lawrence profile…. 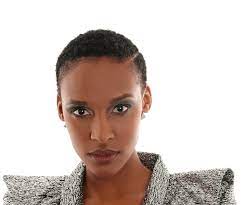 Her acting début was in the Market Theatre’s production of James Ngcobo’s play The Colored Museum, which ran from January to February 2014.

In late 2014, she made her debut appearance on television in a minor role as an interviewee on the SABC3 soap series Isidingo.

BET Africa debuted on DStv on April 2, 2015, with Top Actor, a South African original production in which 12 aspiring actors battled for a R100,000 prize and agency representation.

Altovise was named the winner of the competition after defeating Francois Jacobs and Nicolas Nkuna in the final, and was signed to Restless Talent Management. She was 23 years old at the time.

Altovise was cast as Chantal, Stokkies’ love interest, in the e.tv soap Scandal! in March 2016.

Disclaimer: Unlike other sites, We can not guarantee that the information publish above are 100% correct. We’ll always tell you what we find, Therefore the details about the Biography of Altovise Lawrence can be updated without prior notice.

However, If you have any queries regarding Altovise Lawrence Biography, kindly Drop a Comment below and we will respond to it as soon as possible.