Andile Mpisane (born 15 March 2001) is a South African football, actor and singer. He is the son of Shauwn Mkhize and Sbu Mpisane. 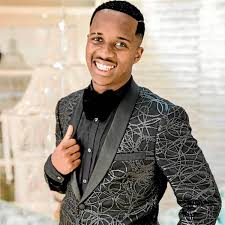 Mpisane’s parents are Shauwn Mkhize and Sbu Mpisane but they are divorced. His mother is a respected and successful businesswoman in Durban, South Africa while his father is a business tycoon.

Mpisane is much closer to his mother than he is with his father. His family has been going through a lot of issues and this has strained his relationship with his father. Sbu Mpisane reportedly cheated on Shauwn Mkhize and had four children out of wedlock.

Andile Mpisane also has a sister named Sbahle Mpisane, who many refer to as the fitness bunny.

Mpisane plays as a midfielder for Royal Eagles FC, a football club in Mzansi which his mother bought for him. His football career started on July 1, 2018

The youngster has also delved into music and released his first single, titled Uyangqhaska, in 2019. Andile Mpisane had requested R1 million from his mother Shawn Mpisane to shoot a video for his song Umcimbi featuring Madonon and Distruction Boyz. This had everyone on the internet going bonkers.

The video was shot in Cape Town on a yacht and at the Mpisane family home in Durban, La Lucia. Media personality Somzi Mhlongo was even hired to choregrapher the video. The video for the song is out and already boasts over 1 million views on YouTube.

Andile runs a company with his mother called Royal AM Luxury & Grooming Pampering Lounge. It is a unisex beauty salon and spa in Umhlanga, KwaZulu-Natal, South Africa.