Here is all you need to know about Bertus Basson profile…. 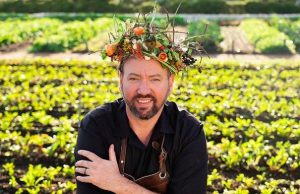 He is married to Mareli and together they have a son and daughter.

When Bertus Basson was 17 years old, he began working in the culinary industry. At the age of 19, he came to London to work at Chez Bruce, a Michelin-starred restaurant.

In 2005, Basson launched his first catering company, All Things Culinary. Before opening his first restaurant, Overture, in November 2007, he was voted Unilever Chef of the Year.

Basson was a judge on SABC 3’s national cookery show Ultimate Braai Master in Seasons 1, 2, 3, and 4. He also appears on Top Billing, a lifestyle television show, and Expresso, a daily conversation show.

For his work at Eike and Overture, Basson was named “Chef of the Year” at the 2019 South African EatOut Awards.

He has an estimated net worth of $1 million which he has earned as a chef, restaurateur, entrepreneur and TV personality.

Disclaimer: Unlike other sites, We can not guarantee that the information publish above are 100% correct. We’ll always tell you what we find, Therefore the details about the Biography of Bertus Basson can be updated without prior notice.

However, If you have any queries regarding Bertus Basson Biography, kindly Drop a Comment below and we will respond to it as soon as possible.