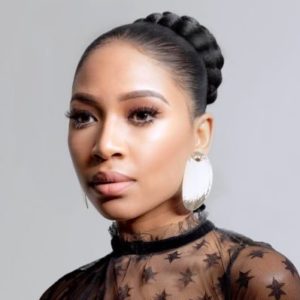 She has a twin sister who is known as Brown Mbombo.

Her father is half- Portuguese and that is the reason she and her twin sister have Portuguese names.

Her Portuguese name is Azul which means Blue in English while that of her sister is Acastanho which means Brown.

Blue was formerly dating rapper K2. They met and fell in love at the Big Brother but later broke up in 2016 and it was therefore confirmed by Blue through a Facebook post.