Christia Visser (born on 2 March 1992 in Cape Town) is a South African actress and singer best known for playing the role of Lillie in the television series, Die Boekklub. 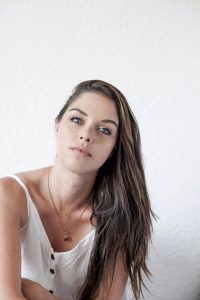 Christia Visser made her professional acting debut in Nicola Hanekom’s production Land van Skedels at the KKNK and Aardklop Arts Festival in 2013.

In Leon van Nierop’s Ballade for a Single, she played Lena Aucamp, her first professional role. In 2014, she starred in Hollywood in My House, for which she received a Silver Screen Award and a Peoples Choice Award.

In the television series Die Boekklub, Christia Visser portrayed Lillie. She also starred in the film Tess, in which her acting talent shines through. Christia also starred in Alison, a 2016 documentary based on the true story of Alison Botha.

She has an estimated net worth of $1 million which she has earned as an actress and singer.