Christiaan Olwagen (born in 1987 in Cape Town) is a South African writer and director who wrote his first play and also did the directing work at the age of 14. 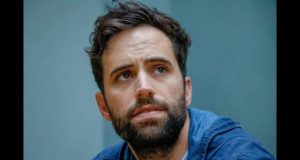 Christiaan Olwagen studied BA Drama at the University of Stellenbosch after matriculating at the Pro Arte School of Art in Pretoria. His honors thesis, guided by Marthinus Basson, focused on versions of William Shakespeare’s Hamlet.

He went to a writing school while at university and began composing his own writings and directing his own performances.

In 2008, he was awarded the Fleur du Cap award for Most Promising Student for his portrayal as Emcee in the Marthinus Basson musical Cabaret. Woza Andries, Olwagen’s professional first performance, brought notice to him in 2010.

N is for Neurose, Woza Andries (authored by Robert Volker and translated by Olwagen), Vagina Dentata, and Ubu and the Secrecy Bill are among the stage and film projects Olwagen has directed since 2011.

He directed Who’s Afraid of Virginia Woolf in 2012 and Who’s Drinking What? in 2013, as well as Dogma in 2014 and A Doll’s House in 2016. Dogma – a depiction of Olwagen’s family life and his father’s multiple sclerosis as a Dutch Reformed pastor and the obstacles linked with the condition and his job – got six Kanna nominations and won the Kanna Award for Best Production and Best Debut Production.

He has an estimated net worth of $700,000 which he has earned as a writer and director.