Craig Bianchi (born 25 March 1978) is a South African football (soccer) defender who plays for Hellenic. He made 7 appearances for South Africa national team.

Bianchi hails from Elsie’s River on the Cape Flats. He made his senior debut as a 16-year-old in 1994. 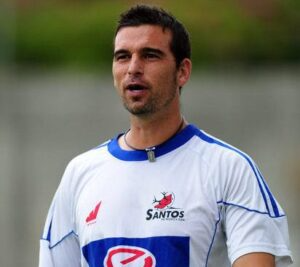 He has an estimated net worth of $100,000 which he has earned as a professional footballer.