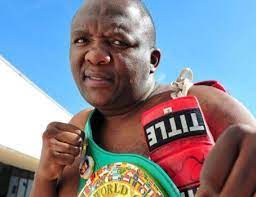 Thobela, also known as “The Rose of Soweto,” turned professional in 1986 and won the WBO Lightweight Championship in 1990 after defeating Mauricio Aceves.

He resigned from the championship after three successful defenses and challenged WBA Lightweight Champion Tony Lopez in 1993, but lost a contentious decision. Later that year, he fought Lopez again and won the title on a decision.

He lost the title in his first defense to Orzubek Nazarov, and he lost a rematch to Nazarov in 1994, both while struggling to make the weight. Shortly after, in a non-title fight, he stopped WBF junior welterweight champion Kenny Vice.

He has an estimated net worth of $500,000 which he has earned as a professional boxer.