Donnalee Roberts is a South African model, actress, film producer, and scriptwriter. She is a 2006 graduate of the University of Pretoria where she bagged a BA Drama Degree, after which she completed a two-year film school course at PALI (Performing Arts and Lifestyle Institute).

In 2012 Donnalee studied at the renowned New York Film Academy where she received a diploma in Acting for Film. 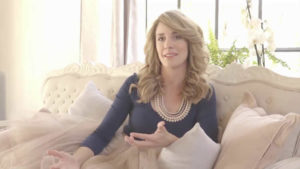 Information on her date of birth will be updated soon.

In 2010, Donnalee got married to businessman Gerber and in November 2013, via a joint press statement, they officially announced that they were divorced.

She got engaged to Ivan Botha in May 2017. Ivan popped the question in The Netherlands because of Donnalee’s special connection to the country.