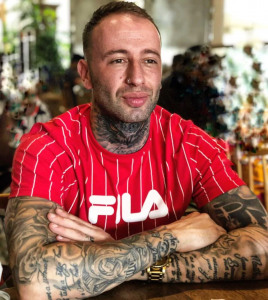 Chad was born and raised in Pretoria and eventually relocated to Midrand in his teenage years. Chad had started a Christian rap group while he was a teenager, but went solo shortly after. While growing up, Chad played football and represented South Africa in the under-14 national squad. The tournament was hosted in Zurich.

The track “Wasted”, by Chad and Locnville is featured on the hit US TV show, Lucifer in Episode 213.