Here is all you need to know about Felicia Mabuza-Suttle profile…. 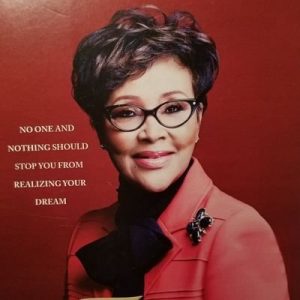 She was born on the 3rd of June 1950 in Sophiatown, Johannesburg, South Africa. As of 2021, she is 71 years old and celebrates her birthday on June 3rd every year.

In 1976 she got married to Earl Suttle and together they have two children, Lindiwe and Zanele.

After being offered a job as a talk show host at the South African Broadcasting Corporation in 1992, she began her television career. It was originally called Top Level, then in 1995 it was renamed The Felicia Show, and in 2000 it was renamed just Felicia. The show mostly dealt with social issues, but it also included amusement segments.

Mabuza-Suttle launched a number of businesses, including the Felicia apparel and accessory line, Pamodzi Investments, FMS Productions, and the restaurant Back of the Moon.

She has been involved in humanitarian endeavors, such as contributing a portion of her eyeglasses revenues to a drug and crime prevention campaign.

She has an estimated net worth of $300,000 which she has earned as a show hostess and entrepreneur.

Disclaimer: Unlike other sites, We can not guarantee that the information publish above are 100% correct. We’ll always tell you what we find, Therefore the details about the Biography of Felicia Mabuza-Suttle can be updated without prior notice.

However, If you have any queries regarding Felicia Mabuza-Suttle Biography, kindly Drop a Comment below and we will respond to it as soon as possible.