Here is all you need to know about Gigi Lamayne profile…. 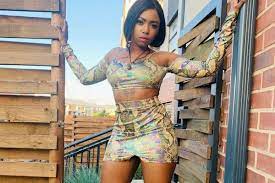 She was born on the 7th of July 1994 in Lenasia, South Africa. As of 2021, Gigi Lamayne is 27 years old and celebrates her birthday on July 7th every year.

She attended Dominican Convent High School in Johannesburg from 2001 to 2012. She earned a Bachelor of Arts degree in Media and Anthropology from Wits University and finished third in her class with four honors.

She was signed to Scratchbeat Records, and her first mixtape, “El Principio-16,” was released.

She was able to pursue her dream with inspirations from music icons like Lucky Dube, Brenda Fassie, Tupac Shakur, and others.

In 2013, she joined the ranks of Captain, Red Button, and Pro Kid as the first female to be signed to Bentley Records (also known as MFE Family). She then broke up with them and went it alone.

She has an estimated net worth of $300,000 which she has earned as a hip hop artist, presenter, social activist, and entrepreneur.

Disclaimer: Unlike other sites, We can not guarantee that the information publish above are 100% correct. We’ll always tell you what we find, Therefore the details about the Biography of Gigi Lamayne can be updated without prior notice.

However, If you have any queries regarding Gigi Lamayne Biography, kindly Drop a Comment below and we will respond to it as soon as possible.