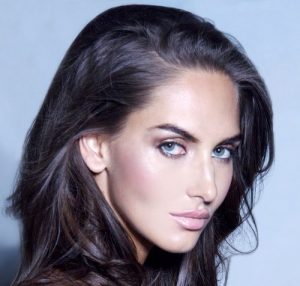 She was born on the 7th of June 1984 in Johannesburg, South Africa. As of 2021, she is 37 years old and celebrates her birthday on June 7th every year.

In 2004, she married Eyhab Jumean, a Jordanian wealthy businessman, in a wedding attended by 1,000 people, including 50 Cent and Dannii Minogue. The couple split after a year of separation.

She was crowned Miss South Africa Teen 2000 at the age of 17, after which she signed with IMG Models and relocated to Paris. She was the first South African model to feature in Marie Claire and was named FHM’s sexiest lady in the world as well as South Africa’s most stylish woman.

Gina Athans PR, her own public relations firm, was founded in 2009. She is also well-known for her charitable contributions. She is a successful entrepreneur in her own right. Holanathi, which she launched in 2018, has been a huge hit.

She is regarded as one of Africa’s most powerful women when it comes to fighting malnutrition and hunger. She has made nourishment available to millions of children through her entrepreneurial activities.

She has an estimated net worth of $1 million which she has earned as a model.