Here is all you need to know about Izak Davel profile…. 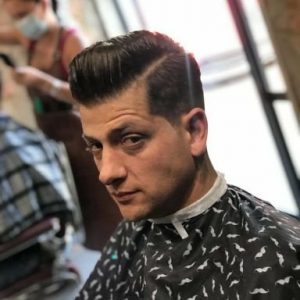 He graduated from the Lady Grey Arts Academy in 2001 and went on to study dance at the Tshwane University of Technology, where he graduated in 2004.

The actor has Benn married to his wife Mericke, whom he immensely adores. The couple has been married for over ten years now and together they have a child name Zia Mericke Davel.

He has appeared in numerous theatrical productions and was Scab on the soap serial Egoli from 2006 until 2010. In 2010, he starred in the third season of Survivor South Africa, where he gained notoriety for wearing only a red speedo, and he presently portrays Bradley Haines on the SABC 3 soap series Isidingo.

Davel was approached by Stephen Stewart, a music promoter best known for his work with Rina Hugo, Sonja Herold, Manuel Escorcia, Juanita du Plessis, and Lieflinge, resulting in over 500 000 album sales. In 2008, Davel debuted as a singer with the release of his debut album, Ken Jy My?

He has an estimated net worth of $400,000 which he has earned as an actor, singer, dancer, and male model.

Disclaimer: Unlike other sites, We can not guarantee that the information publish above are 100% correct. We’ll always tell you what we find, Therefore the details about the Biography of Izak Davel can be updated without prior notice.

However, If you have any queries regarding Izak Davel Biography, kindly Drop a Comment below and we will respond to it as soon as possible.