Here is all you need to know about Jaey Price profile….

Jaey Price (born 9 September 1997) whose real name is Philasande Musawenkosi Ntombela is a South African Recording Artist from Durban, KwaZulu-Natal best known for his single, “Exalt” released in October in the year 2019. 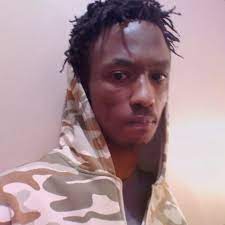 He was born on the 9th of September 1997 in Durban, KwaZulu-Natal, South Africa. As of 2020, he is 23 years old and celebrates his birthday on September 9th every year.

In 2020 he released an EP titled “18” in May which has other artists featured, the most popular song is “Wateva”, the beat was made by Junior X.

In May 2021 on the 16th, Jaey Price dropped his 2nd EP, a project with 2 tracks. Jaey is very fluent in English and IsiZulu. He has associated with other South African hip hops/trap artists and producers in the country and has established himself as an artist.

He has an estimated net worth of $10,000 which he has earned as a musician.

Disclaimer: Unlike other sites, We can not guarantee that the information publish above are 100% correct. We’ll always tell you what we find, Therefore the details about the Biography of Jaey Price can be updated without prior notice.

However, If you have any queries regarding Jaey Price Biography, kindly Drop a Comment below and we will respond to it as soon as possible.