Robert Jeremy Mansfield who was born in Grahamstown, South Africa is a South African radio and television personality. He studied speech, journalism and drama at Rhodes University. 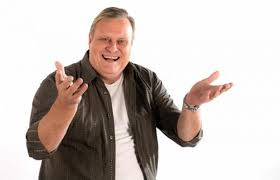 His actual date of birth and age is not known. It will be updated very soon.

Mansfield got married to Jacqui Thompson, a former game ranger and author in the year 2003.

He has a daughter that is named  Gabriella Mansfield.

He has written the following books;

Jeremy Mansfield is set to make his return to radio next week, stepping in as the host of Hot 91.9FM’s breakfast show.

The new show has been branded ‘Mansfield in the Morning’ and kicks off next Thursday on November 1st. In an announcement on the station’s Facebook page, Hot91.9FM says that fans can expect Mansfield’s unique sense of humour as well as the host delivering his irreverent opinions across a range of topics.