Johnny Clegg whose real name is Jonathan Clegg was a South African musician and anthropologist born on 7th June 1953 in Bacup, Lancashire, England.

His father was English while his mother was a jazz singer from Zimbabwe (then Southern Rhodesia). Clegg’s parents divorced when he was still a baby, and he moved with his mother to Rhodesia and then, at the age of 6, to South Africa. 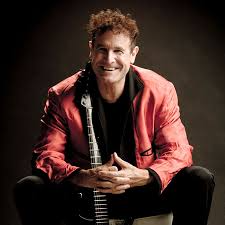 1991: He was awarded the Chevalier des Arts et Lettres (Knight of Arts and Letters) by the French Government

2012: He received the South African Presidential Ikhamanga award as part of the National Orders ceremony.

2015: He was made an Officer of the Order of the British Empire.

2007: He received an honorary doctorate in music from the University of the Witwatersrand.

2013: He received an honorary Doctorate in Music from the University of KwaZulu-Natal, South Africa.

The South African singer and songwriter Johnny Clegg, one of the few white artists to openly confront the apartheid government in the late 1970s and 1980s, has died aged 66, his agent has said.

He had been diagnosed with pancreatic cancer in 2015.

The Grammy-nominated singer, sometimes called the “White Zulu”, died peacefully at home in Johannesburg on Tuesday with his family, according to Clegg’s manager, Roddy Quin.

“Johnny leaves deep footprints in the hearts of every person that considers himself or herself to be an African,” Quinn told AFP.

South Africa’s government paid tribute to Clegg’s achievements on Twitter, saying his music could “unite people across the races and bring them together as a community”.

“Clegg has made an indelible mark in the music industry and the hearts of the people,” they said.