She studied as a jazz vocalist and graduated with a diploma in Jazz at the University of Cape Town. 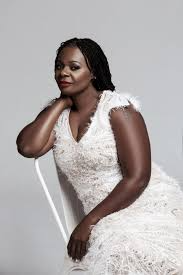 She got married to Siphiwe Mhlambi and together, they have two children; Mbalenhle Mhlambi

1999: She won the Best Jazz Vocalist at the Old Mutual Jazz competition.

According to DESTINY, Judith said, “I do not want to comment on this, but what I can tell [you] is that I am divorced. And I am the one who decided on the divorce,”

She later opened up during a True Love interview about why she, and her ex-husband decided to keep their divorce out of the spotlight.

“We tried to keep the media out of it to protect ourselves and the children. There’s no bad blood between Siphiwe and I” The singer explained that “just because people are divorced, doesn’t mean they hate each other”.

Imagine being treated to a private music performance by one of the best artists Mzansi has to offer. All in the name of previewing her latest music, Afro-jazz artist Judith Sephuma invited a handful of people to a private performance where she revealed her newest jazz album, called Power of Dreams (2019).

After a two-year hiatus, Sephuma, outfitted in a red net dress which showed off her summer-ready body and reflected a new self-confidence that she rediscovered during her sabbatical, performed a few songs off her latest album release, including a cover of Gladys Knight’s Motown classic, Neither One of Us (Wants to Be the First to Say Goodbye).

She opened up to her guests and revealed what each song means to her.

This is Sephuma’s eighth studio album, after My Worship (2017).

Sephuma said she had the pleasure of working with some of the greats in the music industry, such as Joel Powell, Clarence “TLee” Hill, Grammy-nominated guitarist Mark Strowbridge and guitarist Tomi Martin, who has worked with Toni Braxton and Michael Jackson, TLC and Madonna. The album was recorded at Orange Peel Studios in Atlanta.

“My sabbatical had a really good impact on this album because, firstly, I stopped being afraid. I think for a long time I was afraid to live a certain way, to say certain things and really speak my mind.

Getting out of that space meant loving myself and appreciating myself enough to produce authentic music that reflects me,” said Sephuma.

Before the break, Sephuma said she felt suffocated by the lack of growth or excitement in her career.

“When you reach that point, you become miserable for the rest of your life and I didn’t want to be that kind of a person. The sabbatical gave me the space to appreciate myself as a woman, just appreciating this thing called a woman,” she said.

“And it’s exciting because a new album always brings something different and the opportunity to always meet someone new,” she said.

The album launch at the Market Theatre in Joburg was graced by other local celebs such as saxophonist and vocalist Sipho “Hotstix” Mabuse, singer Wanda Baloyi, who is now known as Queen Choco and actress Rami Chuene.

It was hosted by the lovely Kgomotso Moeketsi.

The nine-track album includes titles such as Maropeng, which celebrates our intricate history, A Man Like You, which celebrates love and has a samba orientation, and a feel-good song Dance, which has been remixed.

Sephuma wrote all the songs on the album. “The power of writing your own songs is you own the narrative and you own your throne.”