Keanu Cupido (born 15 January 1998) is a South African footballer who plays as a defender for Cape Town City in the ABSA Premiership. 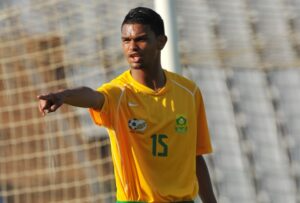 Cupido made his senior international debut on 4 June 2019, playing the entirety of South Africa’s victory 4-2 via penalties over Uganda at the 2019 COSAFA Cup.

He has an estimated net worth of $200,000 which he has earned as a professional footballer.