Kelly Khumalo is a South African singer, actress and dancer. She was born on 1st November 1984 in Spruitview, Gauteng, South Africa. She was named as the Best Newcomer of 2005 in the Afro Pop music circuit.

In this post, we take a look at the life of Kelly Khumalo and many other interesting things about you should know about her. 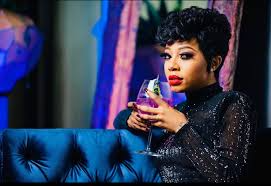 She has two children, a son Christian whose father is rapper Molemo Maarohanye popularly known as Jub Jub. She was also romantically involved with Senzo Meyiwa who was a footballer before his death. By the time of his death Kelly was heavily pregnant and in March 2014 she gave birth to a girl who she named Thingo which means rainbow in IsiZulu.

The musician has a child with rapper Molemo ‘Jub Jub’ Maaronhanye and another with late Bafana Bafana goalkeeper Senzo Meyiwa. Despite dating a few men over the years singer Kelly Khumalo says that she has yet to experience true love.

“I DON’T THINK I’VE EVER BEEN IN LOVE OR LOVED THE WAY I WISHED TO BE. IT’S ALWAYS BEEN ABOUT WHO’S AROUND ME AND WHO’S GIVING ME ATTENTION. IT’S NEVER REALLY BEEN ABOUT LOVE OR BEING IN LOVE WITH A PARTICULAR PERSON,” KELLY SAID DURING AN INTERVIEW WITH METRO FM’S DJ FRESH.