Kgomotso Christopher (born 25 March 1979) is a South African actress and voice-over artist known for her role as Katlego Sibeko in Isidingo. 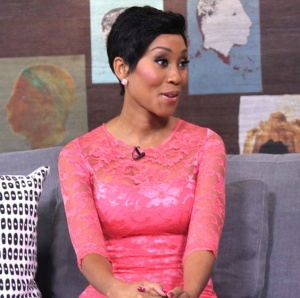 She had her Bachelor of Arts degree in Law and Politics at the University of Cape Town. When she graduated, she was then awarded the Jules Kramer Award for Fine Arts.

In 2004, She bagged her Master’s degree in Theatre Arts at Columbia University in New York City.

Her husband is known as Calvin Christopher. They got married in 2004 and they have two kids together named Larona Jewel Christopher and Lesika Langston Christopher.

She made a guest appearance on TV series Madam & Eve, SOS, Backstage, and Moferefere Lenyalong. Kgomotso has also made appearances in theatre productions of Romeo & Juliet, Midsummer Night’s Dream, Hamlet and Dr. Faustus.

She gained popularity after her role as Katlego Sibeko in Isidingo. She then left to join Scandal playing the role of Yvonne “YV” Langa.

Kgomotso is the voice behind MTN’s Interactive Voice Response system and she also serves as a Non-Executive Chairperson on the Naledi Theatre Awards Board of Directors.

She has an estimated net worth of about $300,000 which she has earned while acting.