Khaya Mthembu (born in Empangeni, KwaZulu-Natal) is a South African actor known for his starring role as Skroef in the comedy-drama film and television series uSkroef noSexy. 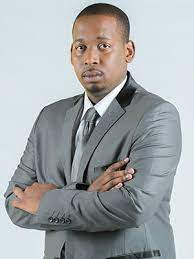 His desire to pursue the arts led him to pack his belongings and leave the safety of his parents’ home in search of a dream.

On Sika, he portrayed Sebe, a guy who discovers his wife in bed with another man, and it was some of his best acting.