Here is all you need to know about Kieno Kammies profile….

Kieno Kammies is a South African media presenter who has been part of the commercial media landscape for over two decades. 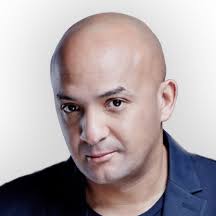 Kieno hosts the Kieno Kammies Show on Cape Talk and has previously worked for a number of commercial radio stations in South Africa, including anchoring the number one independent commercial music breakfast show on Jacaranda FM.

He’s done commentary for the BBC and worked as a consulting correspondent for NBC TV News in New York and London, with the chance of working with US news great Tom Brokaw as a highlight.
Kieno Kammies is a businessman as well.

He is currently the CEO of KKStrategic, a firm that helps disruptive technology companies establish value propositions and market entrance plans and executions.

He has an estimated net worth of $100,000 which he has earned as a media presenter.

Disclaimer: Unlike other sites, We can not guarantee that the information publish above are 100% correct. We’ll always tell you what we find, Therefore the details about the Biography of Kieno Kammies can be updated without prior notice.

However, If you have any queries regarding Kieno Kammies Biography, kindly Drop a Comment below and we will respond to it as soon as possible.