Lyle Foster (born 3 September 2000) is a South African professional footballer who plays as a forward for Vitória Guimarães and the South Africa national team. 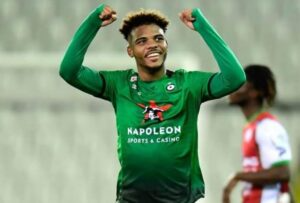 Having been promoted to the Pirates’ first team for the 2017–18 season, Foster was named among English newspaper The Guardian’s top 60 most promising young players in the world.

He signed for Monaco in January 2019 on a deal until June 2023, where he would begin on the reserve team.

On 30 August 2019, he joined Monaco’s farm-club Cercle Brugge in Belgium on a season-long loan. On 13 August 2020, he became a new player Vitória Guimarães.

He has an estimated net worth of $400,000 which he has earned as a footballer.