Here is all you need to know about Mandla Lamba profile…. 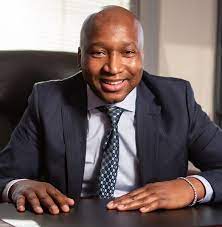 His reputation took a beating when he was nabbed at the Nelson Mandela Square in Sandton, north of Joburg, in May 2011.

At the time, he faced 15 charges of fraud, theft, and culpable homicide relating to a 2007 car crash in which two people died.

He appeared in the Orlando Magistrates Court the following month but was denied bail.

In 2015, he was sentenced to a decade behind bars for culpable homicide in the Roodepoort Magistrates Court.

Before his arrest in 2011, Lamba claimed that he had obtained a doctorate in business degree at Unisa but the institution denied the claim as his profile on a business networking site claims. The university has no record of him.

Mandla Lamba then claimed he had actually obtained a Ph.D. in “business philosophy” from the University of Liverpool – at the age of 24.

At an interview with a prominent South African daily, he claimed that he and his company, East American Resources (EAR), were easily worth “billions.”  He claimed to have a net worth of R2.1 billion (US$350 million).

Disclaimer: Unlike other sites, We can not guarantee that the information publish above are 100% correct. We’ll always tell you what we find, Therefore the details about the Biography of Mandla Lamba can be updated without prior notice.

However, If you have any queries regarding Mandla Lamba Biography, kindly Drop a Comment below and we will respond to it as soon as possible.