Here is all you need to know about Marcus Mabusela profile….

Marcus Mabusela is a South African actor, writer, and producer known for playing the title role in the SABC1 drama series Judas Kiss. 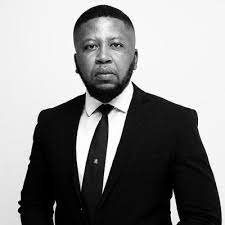 He worked as an IT specialist in the banking industry for five years after graduating from Torque IT College, saving enough money to enroll in a two-year study in theatre-making at the Market Theatre Laboratory in 2012-2013.

Marcus Mabusela made his television acting debut in 2014 in the SABC2 soap opera 7de Laan as Jackson Masiya. The protagonist is a troubled wealthy adolescent who is sentenced to prison for attempting to rape his best friend’s girlfriend.

Following that, he played Patrice in the Mzansi Magic drama series iNumber Number, which was based on a film of the same name. On August 20, 2017, he made his first appearance in the role in Season 1, Episode 7.

He has been in a variety of theater productions, including Bertolt Brecht’s The Caucasian Chalk Circle, Ketekang: The Musical, a national Shakespeare tour called My Children My Africa, Let The Right One In, and Father Come Home, to name a few.

Disclaimer: Unlike other sites, We can not guarantee that the information publish above are 100% correct. We’ll always tell you what we find, Therefore the details about the Biography of Marcus Mabusela can be updated without prior notice.

However, If you have any queries regarding Marcus Mabusela Biography, kindly Drop a Comment below and we will respond to it as soon as possible.