Maria BBNaija (born 20 March 1992) whose full name is Maria Chike Agueze is a Nigerian former hostess, turned realtor from Imo state, and is one of the housemates in the Shine Ya Eye season 6 2021. 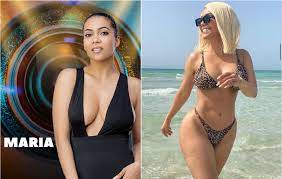 Between 2006 to 2011, she worked as a front-of-house representative at Grosvenor Casinos. She began working at Goderough College in the United Kingdom as an Administrative Assistant. In 2012, she began working with KBC Financial Products as a human resources assistant.

She has an estimated net worth of $100,000 which she has earned as a hostess and realtor.