Masechaba Ndlovu who actually goes by the real name Masechaba Lekalake is a South African actress, television producer and presenter. She was born on the 10th of September 1983 in South Africa. She is the owner and CEO of Masechaba Media.

For two consecutive years 2007 and 2008, she has hosted SABC Africa On-screen film festival , she has also hosted the 2008 Highway Africa Awards ceremony, the largest gathering of African journalists in the world, talk show Ekse: Let’s Talk with Masechaba Lekalake with Tol ASS Mo and Refilwe Modiselle on the OpenView HD channel eKasi+, the 2007 Vukani Fashion Awards and the 2007 African Pride Awards and e.tv game show I Love South Africa. 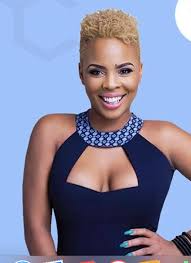 She got married to Vusi Ndlovu on November 20th, 2015. In early 2018, Masechaba separated with her husband calling it one of the hardest decisions she has ever made. The announcement of their separation was made to fans in a social media post.

“I’ve taken the very painful decision of separating from my husband‚ the love of my life‚ the man of my dreams. My ride or die‚” she wrote.

“Sometimes in life‚ the best thing you can do is the hardest thing you’ve ever done.” “We will always remain friends and fantastic parents to our children – and we will always love and care for each other.”

She was previously married to businessman Mfundo Ntsibande, where the relationship ended in divorce.

Masechaba has two children Lungelo (from her previous marriage) and King Itumeleng.