Mathabo Mothibe (born 1994 in Alexandra) is a South African actress popular for her role of Khensani Mudau on the popular SABC 2 drama, Giyani – Land of Blood. 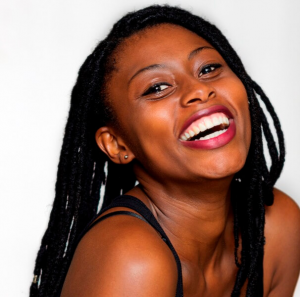 Mathabo was born in Alexandra and she was raised in Leondale, Gauteng, South Africa. Her exact date of birth is not known. As of 2021, she is 27 years old.

The name of her husband is Vuyani Bila. She happily married and she loves spending time with her lovely husband.

She is an alumnus of the Tshwane University of Technology, where she bagged a B-tech in drama in the year 2015.

According to her, she didn’t have enough points to study drama, so she opted for Performance Theatre. While studying, she found out that they were two completely different things, theatre performance being backstage lighting, make-up and working on sets.

She had to speak to the drama department and she was able to audition and earn a spot in the programme. Mathabo completed her degree in 2015 and did her Honours the following year.