Here is all you need to know about Mavuso Magabane profile….

Meshack Mavuso Magabane (born 8 April 1977) is a South African actor and director known for his roles in the popular serials Heist, Isidingo, Yizo Yizo, and Isithembiso. 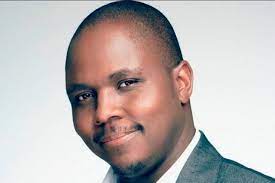 He was born on the 8th of April 1977 in Johannesburg, South Africa. As of 2021, he is 44 years old and celebrates his birthday on April 8th every year.

He is happily married and is a father of four children

In 1998, he played the lead part of ‘Vusi Moletsane’ in the popular soapie Isidingo, which was a huge hit. Then he played ‘Jabulani “Javas” Nyembe’ in the drama series Yizo Yizo, which ran from 1999 to 2004.

He also rose to prominence after appearing in the Mzansi Magic telenovela Isithembiso, which premiered on 3 April 2017 and starred him as Keromemang Mtimande, the father of Tshepo, who was kept a secret from his father by his mother until he was mysteriously discovered to have a child with his ex-girlfriend Chlodea, who now dates his enemy.

He began his career as Meshack Mavuso, and in the second and third seasons of SABC2’s police procedural series Zero Tolerance, he portrayed Simiso Mtshali.

Prior to these acknowledged appearances, he appeared in the first season as a variety of uncredited characters. He was one of the celebrity dancers on the Strictly Come Dancing New Year Special in 2008, which aired on December 31, 2008.

Disclaimer: Unlike other sites, We can not guarantee that the information publish above are 100% correct. We’ll always tell you what we find, Therefore the details about the Biography of Mavuso Magabane can be updated without prior notice.

However, If you have any queries regarding Mavuso Magabane Biography, kindly Drop a Comment below and we will respond to it as soon as possible.