Michael BBNaija (born 1993) whose full name is Michael Chukwuebuka Ngene is a Nigerian singer and music producer who is one of the housemates in the Shine Ya Eye season 6 2021. 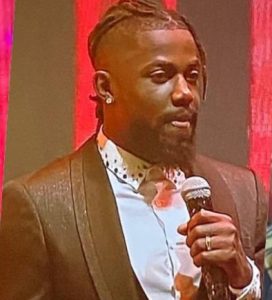 He was born in the year 1993 in Lagos State, Nigeria, and hails from Enugu State. He has spent most part of his life growing up in the United States.

Some of the phrases Ebuka chooses to describe himself include “bad boy with magnetism” and “open-minded.” This 28-year-old musician was born in Lagos, Nigeria, and later relocated to the United States as a teenager.

Michael, who describes himself as a “curious participant in life,” enjoys exploring new interests and individuals with an open mind and claims to be committed to become the best version of himself.

Being a product of two different societies, America and Nigeria, he says, has given him a unique perspective on life that many viewers would relate to.

He has an estimated net worth of $100,000 which he has earned as a singer and music producer.