Michael Cardo (born 28 June 1977) is a South African poet, scholar, and politician who has served as the Shadow Minister of Labour and Employment since June 2019. 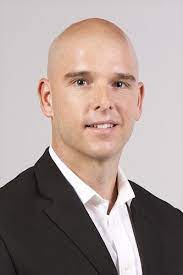 In May 2014, he was elected to the South African National Assembly. He served as the Shadow Minister of Economic Development from June 2015 to June 2019. Cardo is a Democratic Alliance supporter.

Michael Cardo joined the Democratic Alliance’s political team in 2003 and served as chief of staff in the office of DA leader Tony Leon. He served as the party’s national director of research from 2004 to 2006. Cardo served as Helen Zille’s speechwriter during the 2009 general election campaign.

He was sworn in as a Member of Parliament on 21 May 2014. Having entered parliament, he was assigned to the Portfolio Committee on Public Service and Administration, Performance Monitoring & Evaluation and the Standing Committee on the Auditor-General in June 2014.

Mmusi Maimane, the DA’s parliamentary leader, named him Shadow Minister of Economic Development on June 18, 2015. On June 25, 2015, he was appointed to the portfolio’s commission.

He has an estimated net worth of $300,000 which he has earned as a politician.