Miriam Tlali was a South African novelist born on 11 November 1933 in Doornfontein, Johannesburg, South Africa, and she was the first black woman in South Africa to publish a novel, Muriel at Metropolitan, in 1975. She died on 24 February 2017 aged 83 in Park Town, Johannesburg. On the 11th of November 2018, Google Doodle honoured Miriam Tlali which was to be her 85th birthday. 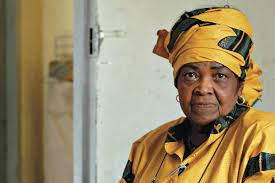 TODAY’S #GOOGLEDOOLE IN SOUTH AFRICA #CELEBRATES MIRIAM TLALI’S 85TH BIRTHDAY. SHE WAS THE FIRST BLACK SOUTH AFRICAN WOMAN TO PUBLISH A NOVEL. SHE COURAGEOUSLY SPOKE OUT AGAINST INJUSTICE AT A TIME IT WAS ALMOST IMPOSSIBLE TO DO SO.

In 2001, Mirian was honoured by the Department of Arts, Culture, Science and Technology as the first African woman to publish a novel in South Africa. She was also honoured by the department as a recipient of the Literary Lifetime Achievement Award in 2005.

She was born on the 11th of November 1933 in Doornfontein, Johannesburg, South Africa. She was 83 years old at the time of her death.

She was married to Stephen Lehutso until the year 2001

She died on the 24th of February 2017 in Parktown, Johannesburg, South Africa