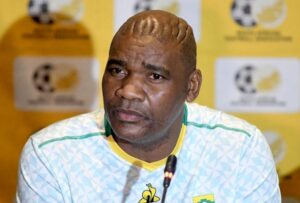 After managing various national youth teams he then became interim manager of the South African senior national team in August 2019.

Molefi was later appointed permanent manager that month. In October 2019 he spoke of the need for consistency with the national team players.

He was sacked on the 31st of March after failing to qualify the Bafana Bafana for the 2022 African Cup of Nations in Cameroon.

It is believed that he is still earning his assistant coach salary.

He has an estimated net worth of about $300,000 which he as earned as a football manager.