Parks Tau (born 6 June 1970) is a South African politician best known as the second democratically elected mayor of Johannesburg. He currently serves as the Member of the Executive Council (MEC) for Economic Development.

Tau was the Deputy Minister of Cooperative Governance and Traditional affairs. He assumed the position on 29 May 2019 and served till 9 December 2020. 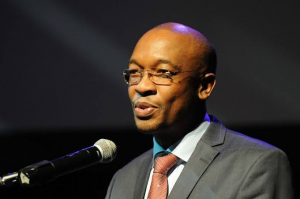 He is married to Pilisiwe Twala-Tau. They have four children together.

Tau has an estimated net worth of $500 000 which he has earned from his successful career.