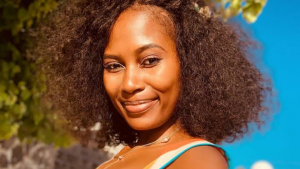 Maimela is married to Mr Nikolic. The couple had their wedding in Bulgaria and travelled to Montenegro for their honeymoon. They married in 2019

Maimela’s rise to started came when she joined Skeem Saam in 2011. She played the role of Sonti, who was born and bred in Limpopo’s Ga-Mashashane village.

Her birth mom died of cancer, leaving her under the care of her father in the village. Her bad experiences with men barred her from becoming anyone’s girlfriend. She left the show after playing the role for five years.