He is a former professional footballer who played for the Zimbabwean national team. He also played in the English Premier League and the South African Premier Soccer League. 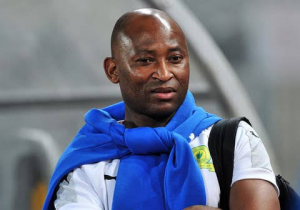 Peter Ndlovu played professionally as a striker from 1988 until 2011. He played for Highlanders in Zimbabwe, for Coventry City in the Premier League and in the Football League for Birmingham City, Huddersfield Town and Sheffield United.

He had his debut for the Zimbabwean national team in 1991 and played till 2006. He was capped 100 times by his country, scoring 38 international goals.

In 2011, Ndlovu became the assistant manager of the Zimbabwe national football team. He was called back by Patrice Motsepe in July 2013 to Mamelodi Sundowns and worked with Pitso Mosimane.

He has an estimated net worth of $2 million which he has acquired from his career as a professional footballer and coach.

On 16 December 2012, Ndlovu was left in a critical condition after he suffered a car crash near the Victoria Falls Airport in Zimbabwe.

His brother, Adam and a female passenger were killed in the accident while he suffered internal injuries, head injuries, broken ribs and a broken leg.