Here is all you need to know about Rajesh Gopie profile….

Rajesh Gopie (born in Durban) is a South African actor of Indian descent known for the roles in the television serials Stellenbosch, Professionals, and The World Unseen. 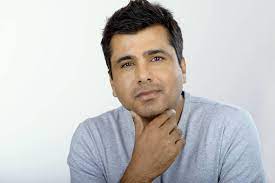 At the University of Natal, he earned a B.A. in English, Drama, and History. He traveled to England for a year after graduation to continue his studies in acting.

He received the Oppenheimer Scholarship in 2013 and moved to London to continue post-graduate studies. In 2014, he graduated from the Royal Central School of Speech and Drama with a master’s degree in actor training and coaching.

After returning to South Africa, he wrote the stage drama Out of Bounds, which is about the lives of Indian families in South Africa.

With the stage drama Yerma, created by Federico Garca Lorca, he became a theater director in 2015.

He made his acting debut in the South African Indian action crime film Mayfair in 2018. In the film, he played the lead character of ‘Aziz,’ which earned favorable reviews.

Disclaimer: Unlike other sites, We can not guarantee that the information publish above are 100% correct. We’ll always tell you what we find, Therefore the details about the Biography of Rajesh Gopie can be updated without prior notice.

However, If you have any queries regarding Rajesh Gopie Biography, kindly Drop a Comment below and we will respond to it as soon as possible.