Here is all you need to know about Rea Rangaka profile….

Rea Rangaka (born 1 July 1985) is a South African actor, writer, and director known for his starring role as newly appointed fish-out-of-water Chief of Staff Martin Shai in the Mzansi Magic sitcom The Mayor. 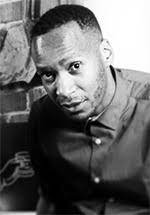 He was born on the 1st of July 1985 in Benoni in the North West province, South Africa. As of 2021, he is 36 years old and celebrates his birthday on July 1st every year.

He graduated from the University of Cape Town with a BA in English, Drama, Media, and Film Production in 2006, and continued with Film Practice and Theory the following year.

In 2014, he played Lungile, an advertising executive who sleeps with a coworker, in an episode of the e.tv anthology series Mzansi Love. “Friends with Benefits” (Season 3, Episode 2) was the title of the episode, which also starred Schelaine Bennet.

He secured a leading role on Mzansi Magic’s series The Mayor in 2015.

In 2017, he starred as cheeseboy Mazi in the second season of the SABC1 sitcom Single Guys.

Disclaimer: Unlike other sites, We can not guarantee that the information publish above are 100% correct. We’ll always tell you what we find, Therefore the details about the Biography of Rea Rangaka can be updated without prior notice.

However, If you have any queries regarding Rea Rangaka Biography, kindly Drop a Comment below and we will respond to it as soon as possible.