Born and raised in Mombasa and later on in Ngong, she gained media attention after winning the 2004 East Africa Coca-Cola Popstars Talent Search together with two other bandmates.

Thereafter she had a short stint at Capital FM. In 2007 she joined Kiss 100 and thereafter Easy FM in 2013 (now known as Nation FM), where her daily mid-morning show garnered the station’s highest listenership. 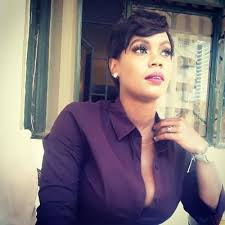 Born and raised in Mombasa, Sana attended Loreto Convent Mombasa, Mama Ngina High school and Aga Khan High School. When she was 16, her family relocated to Matasia near Nairobi where she transferred to St Lucy Kiriri Girls, Nairobi and cleared her high school.

Despite being admitted to study Pharmacy at the Kenya Medical Training College, she decided to defer to temporarily pursue a career in music.

In 2004, at 19 years of age, she joined the reality competition East Africa Coca-Cola Popstars Talent Search after coaxing from her family. She and her two ‘Sema’ bandmates Kevin ‘Kev’ Waweru and Pam Waithaka emerged victorious.

The trio released their debut single Leta Wimbo, and a seventeen-track album, thrusting them into the limelight. Unfortunately, in 2005, the group split, after which Sana embarked on a solo career.

She later joined Nation FM in 2013, co-presenting with Edward Kwach on the drive show. In the same year, she injected new energy into her music career, releasing “I wish”, closely followed by “Mfalme wa Mapenzi”. She then joined comedian Obinna Ike Igwe on the mid-morning show and later presented solo on the same show.

In June 2014, Sana released the video for her single, Mfalme wa Mapenzi, sparking controversy due to what some describe as its “raunchy” nature. She released Ankula Huu, the video, in March 2015 and it was well received.

In September 2015, she was allegedly declared redundant in spite of the fact that her mid-morning show consistently garnered the station’s highest listenership.

Her termination and that of colleagues Anto Neo Soul and Ciru Muriuki was met with much uproar on Twitter, with many listeners and fans demanding their reinstatement. She is also into acting and taking a leading role in the local Swahili drama Aziza. She currently stars in a local drama on Maisha Magic Plus, Kina.

She has an estimated net worth of $200,000 which she has earned as a musician.