Sandi Schultz (born 19 January 1964) is a South African actress known for her role as Dr Jennifer Adams in the Afrikaans language soapie Binnelanders. 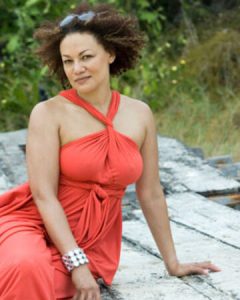 Schultz was a prominent cast member on the drama series Honey Town and a two-year host for M-Net, a South African broadcaster.

She had a recurring part on City Of Angels and a guest appearance on NYPD Blue, a police drama series.

She’s also appeared in the pilot episodes of the TV series Drumbeats, Two Hearts City, and Odd Man In.