Sbu Mpisane (born 1971) is a South African businessman who also served as a metro police constable in Durban, South Africa. 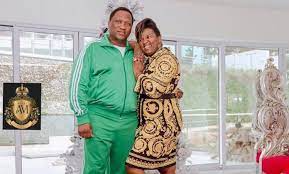 In 1991, he got married to Shauwn Mkhize who is a popular businesswoman. They met at a party and began a relationship which eventually led to their marriage.

Unfortunately for them, their marriage lasted for just 28 years as it all came to an end in 2019. Together they have a son named Andile Mpisane and a daughter named Sbahle Mpisane.

Sbu has his own football club in South Africa, Royal Eagles F.C which is based in Pietermaritzburg, KwaZulu Natal, South Africa. It is also believed that in 2019, he purchased another football club known as Uthongathi.

He has an estimated net worth of $10 million