Sello Maake Ka-Ncube (born 12 March 1960) is a South African actor and a voice-over artist. He is known for his role as Lucas ‘Daniel’ Nyathi on Scandal!.

He has performed in theatre, film and television both in his native land, as well as in the United States, Britain, Canada and Europe. 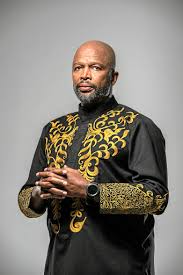 He got married to Palesa Mboweni in 2013 but their marriage lasted for only 8 months.

He has six children but lost his eldest child in an accident. The other five are known as Neo Tsagae, Lerato, Lindo, Onkgopotse and Akhona.

He played in the following plays;

He has appeared in the following films

DRUM magazine quoted three independent sources, who mentioned that he, Jamie Bartlet and Moshidi Motshegwa, each gets paid between R100 000 and R120 000 per month.

He is believed to have an estimated net worth of US $13 million.