Sipho Nkosi (born 1954) is a South African businessman and was appointed as the director of the business leadership of South Africa in 2014. 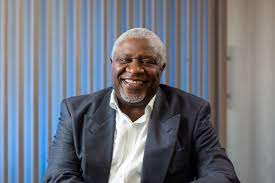 Nkosi is originally from KwaZulu Natal where he grew up in the area of Vryheid. He was the CEO of Exxaro Resources Limited and one of the founders and CEO of Eyesizwe Coal.

In July 2009, he completed the Advanced Management Programme at the University of Oxford in the UK.

Mr. Nkosi serves as a member of the Risk Committee of the council at the University of the Witwatersrand.

In November 2012, Mr. Nkosi was the South African winner in the Master Entrepreneur Category of the Ernst & Young World Entrepreneur Award and represented South Africa at the global awards in Monte Carlo in June 2013.

On 18 October 2013, he received the Tinie Louw Award at the Afrikaanse Handelsinstituut’s National Congress in recognition of his business leadership.