Sol Kerzner whose full name is Solomon Kerzner was a South African accountant and business magnate. He was also the founder, chairman and CEO of Kerzner International. Sol was born on 23rd August 1935 in Johannesburg, South Africa.

He graduated with a Bachelor of Commerce in Accounting from the University of the Witwatersrand, Johannesburg. He was also a qualified Chartered Accountant. 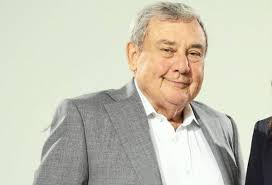 His second wife was Shirley Bestbier; they had two children: Brandon Kerzner and Chantal Kerzner Sweeney. Shirley committed suicide soon after the birth of her second child.

His third wife was Miss World 1974 Anneline Kriel who they divorced after five years.

His fourth wife was model Heather Murphy who he married in 2000 but they divorced in 2011.

He had an estimated net worth of $400 million.