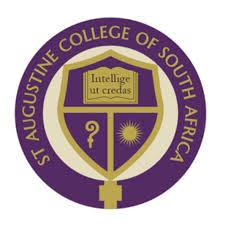 What You Need to Know About the St Augustine College.

In mid-nineties, at the time that the foundation of St Augustine Private Tertiary Institution was mooted, South Africa was on the brink of its first ever truly democratic elections. Anticipating vast economic, political, and social changes, a group of Catholic academics, clergy, and business people recognised the need for a South African Catholic university that could make a significant moral and academic contribution to the development of the country. Their discussions bore fruit in 1999 when St Augustine’s, South Africa’s only Catholic institution of higher education, welcomed its first postgraduate students. From the very beginning emphasis was placed on the education of ethical leaders for Africa through offering high quality degrees in the Humanities.

While remaining committed to the academic excellence of its postgraduate offerings, in 2016 St Augustine relaunched its undergraduate degree programmes: a Liberal Arts BA degree and a BTh.

St Augustine Private Tertiary Institution of South Africa aspires to be a leading African institution of higher education in the Catholic Intellectual Tradition promoting ethical leadership, dignity of the human person and the common good.

Our mission is underpinned by the following values:

We will fulfil our mission through:

St Augustine is committed to ethical leadership and sound governance. Our core ethical principles include:

The freedom, dignity and human rights of the individual should always be recognised and respected. In our multi-cultural society the cultural context of any issue should be considered and there should be no discrimination on the basis of colour, creed or race.

If you want to talk to us we would love to hear from you!

However, if you have any feelings and questions regarding the St Augustine College Contact Details, Please kindly DROP A COMMENT below and we will respond to it as soon as possible.