Stephen Grootes (born 25 July 1975) is a South African award-winning political journalist and commentator known as the host of the Sunrise show on SAfm. 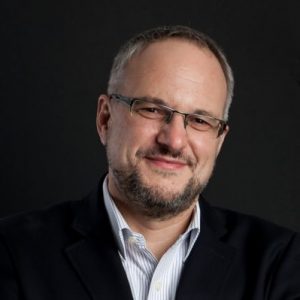 He has more than twenty years of expertise in news and current affairs radio. He came to SAfm following a long career at Radio 702 in Joburg, where he aired the breakfast and drive shows and was the host of the current affairs show The Midday Report for five years.

He spent hours on the ground as a political reporter along the road and was present at every important political turning point in the last fifteen years.

He is well-known for his analyses of local events and the South African political landscape, and he maintains contacts with the majority of the country’s important political figures.

He has an estimated net worth of $500,000 which he has earned as a political journalist and commentator.