He has worked in production at Demor Music and has produced for the likes of Thiwe, Zakes Bantwini, and Shota, all of whom are talented musicians. 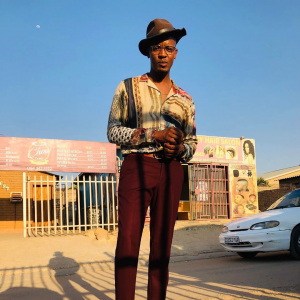 Sun-El’s father instilled the love for music in him. He played The Commodores, Kool & The Gang and Mfaz’ Omnyama but later changed to TKZee and a bit of kwaito

His parents separated when he was a child and they both died in 2007 about a month apart.

In 2007,  he enrolled at the University of KwaZulu-Natal for a bridging course that would allow him to study something in the sciences. But he was frustrated with the classes and lost interest. He failed his first year and dropped out.

He stayed home for two years then met producer-songwriter Demor, who asked him to move to Johannesburg.

Sun-El has worked closely with Demor Skhosana for years. Through his network, he met many people in the music industry and went on to produce songs like Shela for Bucie and has also remixed Get Over It.

He has also worked in production at Demor Music and has produced for the likes of Thiwe, Zakes Bantwini, and Shota, all of whom are talented musicians.

In 2010, Sun-El ‘s music production talent was recognized and he was afforded the opportunity to produce 4 tracks for Songbird BUCIE, which included ‘Get over it- Remix’,‘Indukenhle’,‘Mid-night’ and ‘Hard to get’ which were all feature in Bucie ‘s 3rd studio album ‘ Princess of House’.

In 2014 he worked with Bucie on her award-winning album ‘Princess of House – Easy ToLove’, where he produced the hit song ‘Shela’. In 2017 he released his single Akanamali featuring Samthing Soweto that went on to become one of the biggest songs in the country, also won his 3 SAMA Awards.

Here are some projects Sun-El Musician has worked on:

He dropped his debut album titled Africa to the world in 2018. It is a 13-track album featuring a wide range of talented vocalists including Samthing Soweto, Simmy, Desiree Dawson, Lelo Kamau and S-Tone.

Africa To The World Tracklist