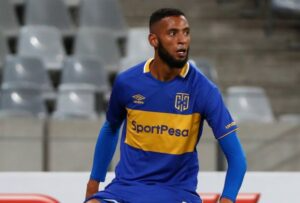 After playing for Salt River FC and Rygersdal FC in his early youth he joined the ranks of Ajax Cape Town in 2009. He made his debut for the first team in the home win (1–0) against Maritzburg United on 7 December 2012 by replacing Matthew Booth in the 64th minute.

He has an estimated net worth of $300,000 which he has earned as a footballer.